Busting Ours to Save YoursContact Us NowFor a Free Consultation

The Mayberry Law Firm is a criminal defense firm located in Tampa, Florida, providing a "client first" approach to our representation of those being investigated or charged with State and Federal crimes. While Tampa Bay and the surrounding communities are our back yard so to speak, depending on the type of charge and help we might be able to offer, criminal lawyer Jason Mayberry, will accept representation throughout the United States if it is felt the client can be best served in that capacity. We understand that if you are calling us, you are going through one of the worst times of your life. We haven't forgotten the perspective of someone unfamiliar with a process where so much is at stake. We will balance that compassion for you and your situation with the tone necessary to achieve the best possible result. If you are being investigated for a crime or have recently been arrested, counsel from an experienced lawyer should be sought as soon as possible. We believe getting out in front of your case puts you in the best position to avoid the charge altogether, gather information in anticipation of trial, or to earn entry into a diversionary program. Our aggressive mentality has proven time and again, to earn the best result possible for our clients. The sooner you can get to us, the sooner we can put our experience and tenacity to use on your behalf.

Our founder, Jason Mayberry is a former prosecutor who chose the Tampa area after attending law school in north Florida. In his time in the Bay area he has been deemed "superb" by attorney review service AVVO, the highest designation possible. Jason was also awarded the "Client's Choice" badge on AVVO for Federal Criminal Defense. When a Tampa criminal lawyer was needed for an interview on the topic of DUI by thestreet.com, Jason was their choice. In addition to thestreet.com, Jason has been a go to for Tampa Bay Online when an attorney's take was needed regarding mandatory driver improvement school for first time red light citations. Jason has worked tirelessly throughout his career to earn the best results for his clients all the while doing things the “right way” so that when a representation is made to a prosecutor, co-counsel, or the Court, it is trusted. This steadfast effort for thorough, well-handled representation has earned a reputation that consistently benefits our clients.

Our firm handles all kinds of cases, ranging from traffic offenses to major felony crimes committed in State or Federal Court. Common cases we defend are:

Federal sex crimes can be anything from possession, distribution, or production of child pornography to an allegation that one proactively attempted to purchase a minor for a sex act. Like sex crimes prosecuted in State court, Sexual Abuse is a common allegation in Federal court, depending on the specific circumstances surrounding the allegation. Relevant to an analysis of these charges is the level of force alleged to have been used, the age of the alleged victim, or various other factors that may aggravate the allegation. Sexual exploitation of children is another crime often alleged in Federal court due to a more prosecutor friendly penalty scheme.

Sex crimes are commonly prosecuted in our Federal courts due to the Federal penalty structure and the much harsher penalties available under federal law. Many Federal sex crimes carry with them the requirement of a minimum mandatory prison term and all sex crimes are subject to the extremely harsh sex offense sentence calculations found within section 2G of the United States Sentencing Guidelines. Unlike other criminal allegations, always weighing heavily on the mind of a criminal lawyer in Tampa is the exposure of their client to sex offender status. If one is convicted of a sex crime allegation, be it at the Federal or State level, there will be the requirement that that individual register as a sex offender or predator.

Like their Federal counterparts, State sex crimes often carry with them the requirement of a minimum mandatory prison term. For example, a person accused of lewd and lascivious battery upon a child under 16 years of age when the defendant is over 18 years old, would be subject to a life sentence or a split sentence, involving a 25-year minimum mandatory prison term. Similarly, if one is convicted of a Capital Sexual Battery, there is a statutory mandate of life imprisonment.

While a State sex crime allegation is not subject to Federal sentencing guidelines, under the Florida sentencing scoresheet, a penalty can be enhanced if there is penetration, contact, injury, or if the offense involves an adult committing the crime upon a minor. Again, like a Federal sex crime allegation, any Tampa criminal attorney must be cognizant that a sex crime conviction in State court will require sex offender registration.

Fraud or theft cases, otherwise known as “white collar crime” is routinely prosecuted in the Federal system. Generally, if the allegation claims the fraud or theft resulted in the loss of hundreds of thousands or millions of dollars, the United States Attorney’s Office will pursue the case. Sentencing guideline 2B1.1 almost always dictates a potential sentencing range for fraud case and can harshly punish an individual based upon the amount money stolen, the number and kind of victim, what methods were used to facilitate the theft, and if the scheme was sophisticated. If the theft involved an identity theft, the United States will often use the consecutive minimum mandatory might of an added aggravated identity theft to harshen the penalty against someone. For instance, if one’s recommended guideline sentence for a wire fraud is thirty six months but they have also pled or been convicted of an aggravated identity theft, their sentence for an aggravated identity theft would not begin until service of the wire fraud sentence is complete.

Federal drug crimes typically allege that an individual either substantively possessed or conspired to possess an amount of drugs well in excess of a personal use amount. While Federal drug cases are not specifically called “trafficking” cases, the undertone of a drug indictment is that the person accused is in some capacity involved with a drug distribution organization. The amount alleged to be the focal point of the charge is almost always substantial enough to invoke a five or ten year minimum mandatory prison term if convicted and depending on prior criminal history, an accused might be subjected to an increased minimum mandatory prison term or other harsh penalties often accompanying a Federal drug allegation. Like the Federal Fraud sentencing guideline, sentencing guideline 2D1.1 primarily relies on the amount of drug at issue for determination of potential sentence.

Regardless of your criminal charge, Jason Mayberry is an experienced criminal attorney in the Tampa area who has the dedication and concern for you and your case necessary to strive for the best possible outcome. If you are facing a criminal charge, please contact our office at (813) 444-7435.

Learn More
Practice Areas
Client Reviews
★★★★★
"...I would not have gotten my life back with out Jason Mayberry and the hard work of him and his firm. He became a friend... My wife and I highly recommend the Mayberry law firm and we will only use him in the future if we need an attorney..." JB
★★★★★
"..After speaking with Jason on the phone, I stopped the search. There was just something about this friendly, No BS professional that told me this is the one. During my consultation, it was like talking to a long time buddy. I was totally at ease..." NH
★★★★★
"Having never been arrested before I was completely terrified and ignorant to the judicial process. Jason provided emotional support and the knowledge and experience I needed. He was available 24/7 for all of my concerns and questions. He was efficient..." L.H.
★★★★★
"My wife was facing false accusations that she misrepresented her Income on mortgage applications and was facing serious time as this was a federal crime. Jason worked diligently with her and myself daily on all the details of the sentencing potentials..." Anonymous
★★★★★
"...I called various attorneys and researched for four hours straight. After speaking with roughly 20 attorneys and reading various reviews, I knew that Attorney Mayberry was the best..." J.H.
View More
Submit a Law Firm Client Review
Meet the Attorney 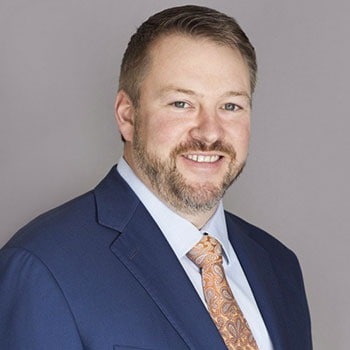 Jason Mayberry grew up in farm country where anything worth having is earned through a hard day's work. While the work may be different, the work ethic is not and this is what is brought to each and every case we handle. Blue-collar work ethic, every case, every client....